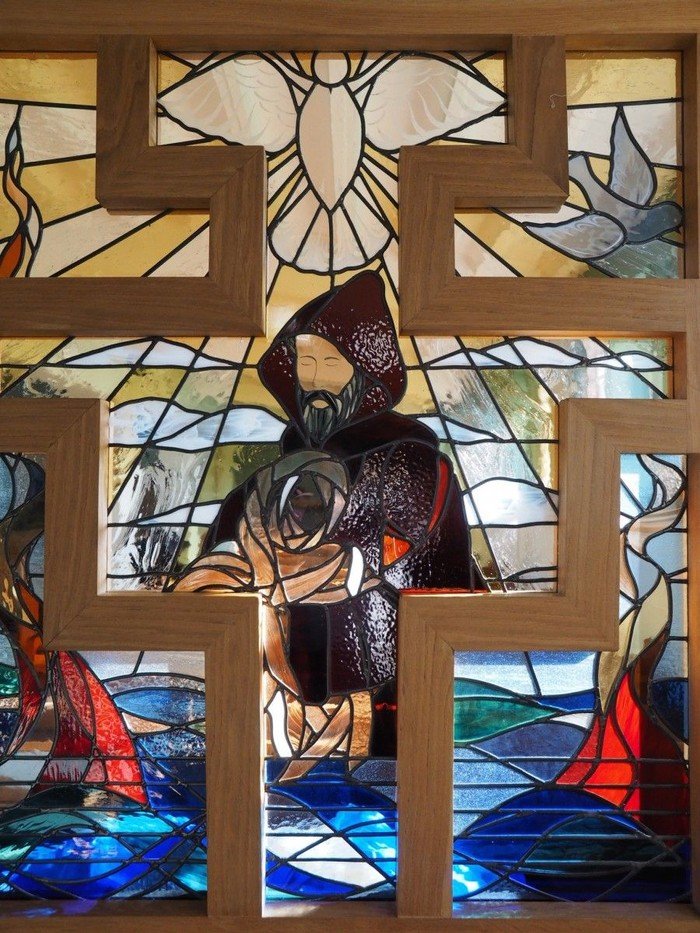 Blessed Francis of Assisi was a thirteenth century Italian from the city of Assisi in central Italy. He was the son of a wealthy merchant, and was actually baptised John, however, his father's trading links with France earned him the nickname Francesco.


In his youth Francis had no great devotion to God and he had little interest in following his father into the cloth trade. At the age of twenty he joined the forces of Assisi in a minor battle with the neighbouring city of Perugia. He was captured and spent a year in jail, until his father ransomed him.This and several other experiences in Francis' life led to him embracing a call to devote his life to God.

He led a life of poverty, disowning his wealthy ancestry; instead he spent his life rebuilding churches and gathering around him a brotherhood for which he wrote a rule of life in 1209.
Francis is renowned for his simplicity of life and his great devotion to God's creation; he died in 1226 at the age of forty four, and was buried in the Basilica of St Francis in Assisi. His feast day is the 4th of October.