Worship for the Third Sunday of Easter

Worship for the Third Sunday of Easter 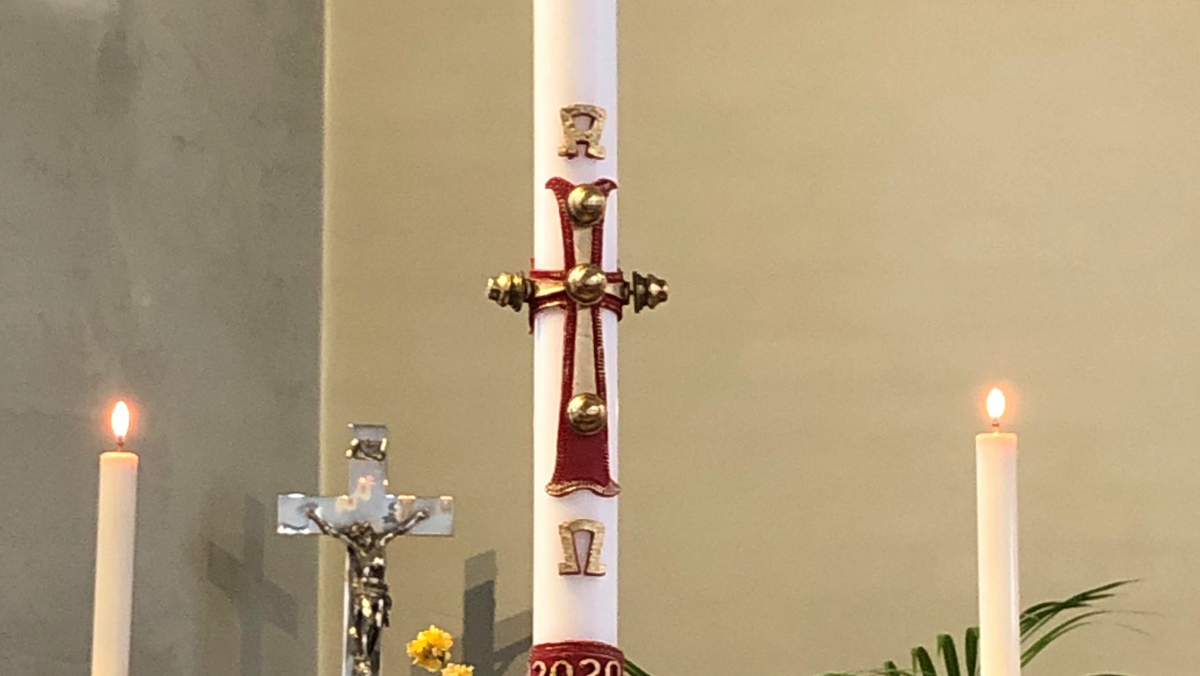 This is a form of prayer you might find helpful to use on Sunday Morning, perhaps at the time you would usually be in Church.  Remember that others in their own homes will be joining with you.  If a household are praying together one person may act as leader and the others join in the sections in bold type. If you're on your own, read all these words aloud. The lines in red type are to help guide you.

Before you begin you may wish to light a candle, make sure you are sitting comfortably and take a few deep breaths to still yourself. This week to remind you of your baptism, have a bowl of water in front of you as well!

Alleluia! Christ is risen!
He is risen indeed! Alleluia!

Almighty God, to whom all hearts are open, all desires known, and from whom no secrets are hidden: cleanse the thoughts of our hearts by the inspiration of your Holy Spirit, that we may perfectly love you, and worthily magnify your holy name; through Christ our Lord. Amen.

Take a moment to reflect on your life and our need of God's compassion and mercy.

God our Father, your gift of water brings life and freshness to the earth; in baptism it is a sign of the washing away of our sins and the gift of life eternal.  By this water, renew the living spring of your life within us, that we may be free from sin and filled with your saving health; through Christ our Lord. Amen.

Touch your forehead with the water or sprinkle it on your head as you make the sign of the cross.

May the God of love and power forgive you and free you from your sins, heal and strengthen you by his Spirit, and raise you to new life in Christ our Lord. Amen.

Almighty Father, who in your great mercy gladdened the disciples with the sight of the risen Lord: give us such knowledge of his presence with us, that we may be strengthened and sustained by his risen life and serve you continually in righteousness and truth; through Jesus Christ your Son our Lord, who is alive and reigns with you, in the unity of the Holy Spirit, one God, now and for ever. Amen.

I love the Lord,
for he has heard the voice of my supplication;
because he inclined his ear to me
on the day I called to him.

The snares of death encompassed me;
the pains of hell took hold of me;
by grief and sorrow was I held.

Then I called upon the name of the Lord:
‘O Lord, I beg you, deliver my soul.’
How shall I repay the Lord
for all the benefits he has given to me?

I will lift up the cup of salvation
and call upon the name of the Lord.
I will fulfil my vows to the Lord
in the presence of all his people.

Precious in the sight of the Lord
is the death of his faithful servants.

O Lord, I am your servant,
your servant, the child of your handmaid;
you have freed me from my bonds.
I will offer to you a sacrifice of thanksgiving
and call upon the name of the Lord.

I will fulfil my vows to the Lord
in the presence of all his people,
In the courts of the house of the Lord,
in the midst of you, O Jerusalem.
Alleluia.

Now on that same day two of them were going to a village called Emmaus, about seven miles from Jerusalem, and talking with each other about all these things that had happened. While they were talking and discussing, Jesus himself came near and went with them, but their eyes were kept from recognizing him. And he said to them, ‘What are you discussing with each other while you walk along?’ They stood still, looking sad. Then one of them, whose name was Cleopas, answered him, ‘Are you the only stranger in Jerusalem who does not know the things that have taken place there in these days?’ He asked them, ‘What things?’ They replied, ‘The things about Jesus of Nazareth, who was a prophet mighty in deed and word before God and all the people, and how our chief priests and leaders handed him over to be condemned to death and crucified him. But we had hoped that he was the one to redeem Israel. Yes, and besides all this, it is now the third day since these things took place. Moreover, some women of our group astounded us. They were at the tomb early this morning, and when they did not find his body there, they came back and told us that they had indeed seen a vision of angels who said that he was alive. Some of those who were with us went to the tomb and found it just as the women had said; but they did not see him.’ Then he said to them, ‘Oh, how foolish you are, and how slow of heart to believe all that the prophets have declared! Was it not necessary that the Messiah should suffer these things and then enter into his glory?’ Then beginning with Moses and all the prophets, he interpreted to them the things about himself in all the scriptures.

As they came near the village to which they were going, he walked ahead as if he were going on. But they urged him strongly, saying, ‘Stay with us, because it is almost evening and the day is now nearly over.’ So he went in to stay with them. When he was at the table with them, he took bread, blessed and broke it, and gave it to them. Then their eyes were opened, and they recognized him; and he vanished from their sight. They said to each other, ‘Were not our hearts burning within us while he was talking to us on the road, while he was opening the scriptures to us?’ That same hour they got up and returned to Jerusalem; and they found the eleven and their companions gathered together. They were saying, ‘The Lord has risen indeed, and he has appeared to Simon!’ Then they told what had happened on the road, and how he had been made known to them in the breaking of the bread.

This is the Gospel of the Lord
Praise to you, O Christ!

Spend a few moments praying for the people you know and love, the needs of the world and for an end to the current Pandemic.

On this Third Sunday of Easter

Risen Christ, you filled your disciples with boldness and fresh hope: strengthen us to proclaim your risen life and fill us with your peace, to the glory of God the Father. Amen.

For the Christian Community during the outbreak

Through the process of evolution you have created a rich diversity of life on earth. Help us to recognize and appreciate the intricacy and variety of life in all its fullness. Bless all teachers and scientists as they reveal to others, young and old alike, the wonders of creation. Amen.

From our Prayer Cycle this week

pray for all residents of Westlands, Eastlands and Jesmond Park West.

For those whose year's mind is this week

The grace of our Lord Jesus Christ, and the love of God, and the fellowship of the Holy Spirit, be with us all evermore. Amen.

Wishing you peace and all good in this Eastertide!