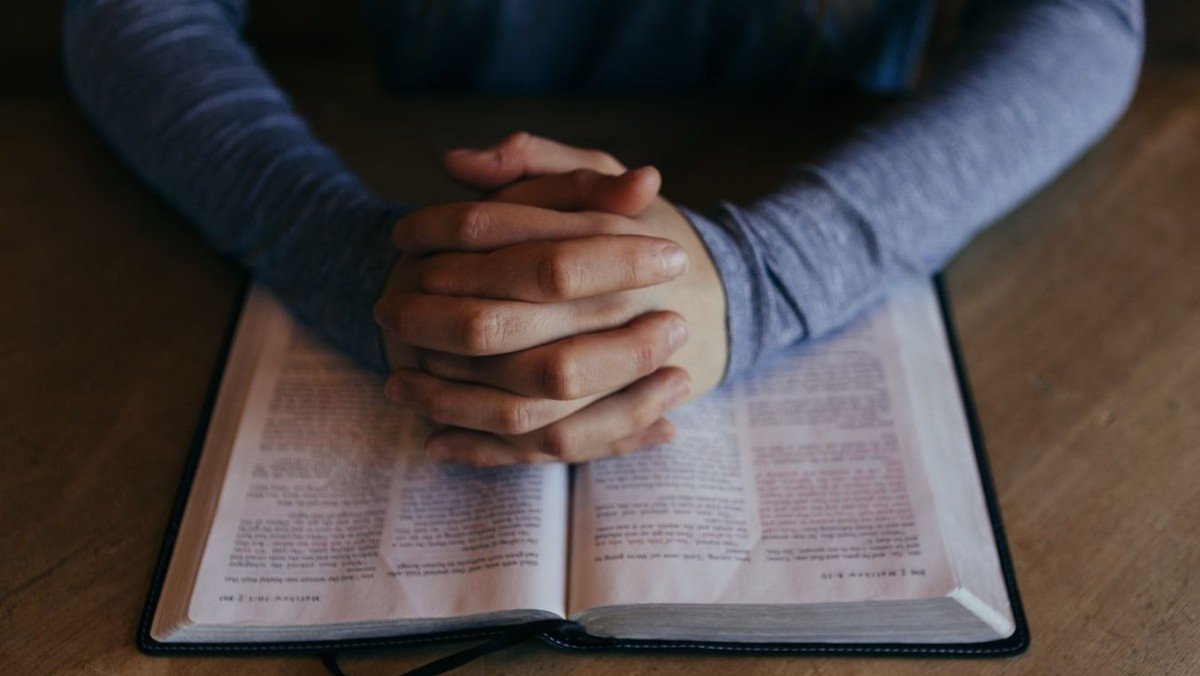 This is a form of prayer you might find helpful to use on Sunday Morning, perhaps at the time you would usually be in Church. Know that others, in their own homes, will be joining with you.  If a household are praying together one person may act as leader and the others join in the sections in bold type. If alone, read all the black words aloud. The bits in red type are to help guide you.

Before you begin you may wish to light a candle, make sure you are sitting comfortably and take a few deep breaths to still yourself.

The Lord is here. His Spirit is with us.

Almighty God, to whom all hearts are open, all desires known, and from whom no secrets are hidden: cleanse the thoughts of our hearts by the inspiration of your Holy Spirit, that we may perfectly love you, and worthily magnify your holy name; through Christ our Lord. Amen.

Take a moment to reflect on your life and our need of God's compassion and mercy.

Most merciful God, Father of our Lord Jesus Christ, we confess that we have sinned in thought, word and deed. We have not loved you with our whole heart. We have not loved our neighbours as ourselves. In your mercy forgive what we have been, help us to amend what we are, and direct what we shall be; that we may do justly, love mercy, and walk humbly with you, our God. Amen.

May the God of love bring us back to himself, forgive us our sins, and assure us of his eternal love in Jesus Christ our Lord. Amen.

You may like to pause for a moment and consider if there is one thing in particular that want to pray for or give thanks for today and offer it to God.

Most merciful God, who by the death and resurrection of your Son Jesus Christ delivered and saved the world: grant that by faith in him who suffered on the cross we may triumph in the power of his victory; through Jesus Christ your our Lord. Amen.

Out of the depths have I cried to you, O Lord;
Lord, hear my voice;
let your ears consider well the voice of my supplication.

If you, Lord, were to mark what is done amiss,
O Lord, who could stand?
But there is forgiveness with you,
so that you shall be feared.

O Israel, wait for the Lord,
for with the Lord there is mercy;
With him is plenteous redemption
and he shall redeem Israel from all their sins.

Now a certain man was ill, Lazarus of Bethany, the village of Mary and her sister Martha. Mary was the one who anointed the Lord with perfume and wiped his feet with her hair; her brother Lazarus was ill. So the sisters sent a message to Jesus, ‘Lord, he whom you love is ill.’ But when Jesus heard it, he said, ‘This illness does not lead to death; rather it is for God’s glory, so that the Son of God may be glorified through it.’ Accordingly, though Jesus loved Martha and her sister and Lazarus, after having heard that Lazarus was ill, he stayed two days longer in the place where he was.

Then after this he said to the disciples, ‘Let us go to Judea again.’ The disciples said to him, ‘Rabbi, the Jews were just now trying to stone you, and are you going there again?’ Jesus answered, ‘Are there not twelve hours of daylight? Those who walk during the day do not stumble, because they see the light of this world. But those who walk at night stumble, because the light is not in them.’ After saying this, he told them, ‘Our friend Lazarus has fallen asleep, but I am going there to awaken him.’ The disciples said to him, ‘Lord, if he has fallen asleep, he will be all right.’ Jesus, however, had been speaking about his death, but they thought that he was referring merely to sleep. Then Jesus told them plainly, ‘Lazarus is dead. For your sake I am glad I was not there, so that you may believe. But let us go to him.’ Thomas, who was called the Twin, said to his fellow-disciples, ‘Let us also go, that we may die with him.’

When Jesus arrived, he found that Lazarus had already been in the tomb for four days. Now Bethany was near Jerusalem, some two miles away, and many of the Jews had come to Martha and Mary to console them about their brother. When Martha heard that Jesus was coming, she went and met him, while Mary stayed at home. Martha said to Jesus, ‘Lord, if you had been here, my brother would not have died. But even now I know that God will give you whatever you ask of him.’ Jesus said to her, ‘Your brother will rise again.’ Martha said to him, ‘I know that he will rise again in the resurrection on the last day.’ Jesus said to her, ‘I am the resurrection and the life. Those who believe in me, even though they die, will live, and everyone who lives and believes in me will never die. Do you believe this?’ She said to him, ‘Yes, Lord, I believe that you are the Messiah, the Son of God, the one coming into the world.’

When she had said this, she went back and called her sister Mary, and told her privately, ‘The Teacher is here and is calling for you.’ And when she heard it, she got up quickly and went to him. Now Jesus had not yet come to the village, but was still at the place where Martha had met him. The Jews who were with her in the house, consoling her, saw Mary get up quickly and go out. They followed her because they thought that she was going to the tomb to weep there. When Mary came where Jesus was and saw him, she knelt at his feet and said to him, ‘Lord, if you had been here, my brother would not have died.’ When Jesus saw her weeping, and the Jews who came with her also weeping, he was greatly disturbed in spirit and deeply moved. He said, ‘Where have you laid him?’ They said to him, ‘Lord, come and see.’ Jesus began to weep. So the Jews said, ‘See how he loved him!’ But some of them said, ‘Could not he who opened the eyes of the blind man have kept this man from dying?’

Then Jesus, again greatly disturbed, came to the tomb. It was a cave, and a stone was lying against it. Jesus said, ‘Take away the stone.’ Martha, the sister of the dead man, said to him, ‘Lord, already there is a stench because he has been dead for four days.’ Jesus said to her, ‘Did I not tell you that if you believed, you would see the glory of God?’ So they took away the stone. And Jesus looked upwards and said, ‘Father, I thank you for having heard me. I knew that you always hear me, but I have said this for the sake of the crowd standing here, so that they may believe that you sent me.’ When he had said this, he cried with a loud voice, ‘Lazarus, come out!’ The dead man came out, his hands and feet bound with strips of cloth, and his face wrapped in a cloth. Jesus said to them, ‘Unbind him, and let him go.’

Many of the Jews therefore, who had come with Mary and had seen what Jesus did, believed in him.

Spend a few minutes re-reading the readings in your head. Pay attention to which words or phrases jump out at you – hold on those words.

Spend a few moments praying for the people you know and love, the needs of the world and for an end to the current Pandemic.

For all those affected by coronavirus

Keep us, good Lord, under the shadow of your mercy. Sustain and support the anxious, be with those who care for the sick, and lift up all who are brought low; that we may find comfort knowing that nothing can separate us from your love in Christ Jesus our Lord.

For all who feel alone

God of compassion, be close to those who are ill, afraid or in isolation. In their loneliness, be their consolation; in their anxiety, be their hope; in their darkness, be their light; through him who suffered alone on the cross, but reigns with you in glory, Jesus Christ our Lord.

Help us to understand the powers at work in your creation, in the storm and flood, in the earthquake and landslide, in the snow and ice. Grant us wisdom in choosing where to live and work, to build houses and grow crops. Help us to support our neighbours around the world when natural disasters devastate their lives.

From our Prayer Cycle this week

pray for peace in the world

For the recently ordained

For those who have died recently

For those whose year's mind is this week

You can finish your prayers with the Lord’s Prayer.

The grace of our Lord Jesus Christ, and the love of God, and the fellowship of the Holy Spirit, be with us all evermore. Amen.

Let us bless the Lord.
Thanks be to God.